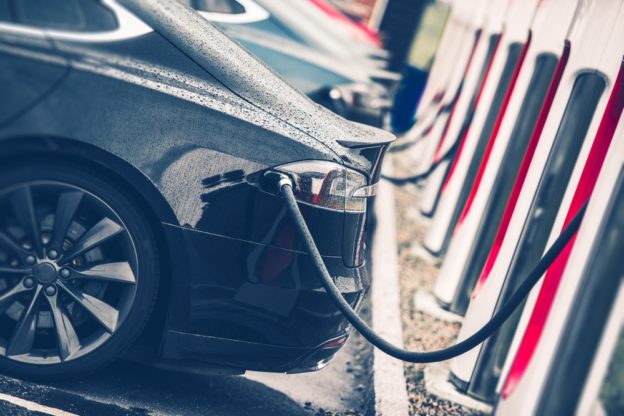 In addition, the use of SiC MOSFET Module in fast charging piles is also rapidly expanding. Luxury car brand Porsche (Porsche) announced in October 2018 that it uses SiC MOSFET modules to build fast charging stations suitable for various electric vehicles. In addition to boosting its own Taycan, it also shows that fast charging stations are used in high-end electric vehicles. The necessity of the market. From this point of view, although the current majority of electric vehicles are HEVs, and most of the current power components used in electric vehicles are still mainly IGBTs, the construction of infrastructure and consumers' willingness to purchase still need time to lay out. From a long-term plan , The market demand is quite promising, and it will continue to promote the topicality of silicon carbide

It is a pity for Taiwan’s supply chain that due to the lack of assistance from the local auto industry in Taiwan, the penetration rate of automotive chips is not high. In addition, the major automakers mostly cooperate with long-term Tier 1 or chip vendors. Taiwanese manufacturers have to cut into the automotive supply. There are still some difficulties to be overcome in the chain, including long-term vehicle certification and the establishment of customer purchase willingness. At present, the more profitable applications are still mainly in industrial power management and communications. The supply chain of the automotive silicon carbide industry must be able to There is a certain degree of proportion, and continuous efforts are needed.

（Picture from shutterstock)
Article source：https://technews.tw/2019/10/29/high-lv-ev-technology-evolve-helping-to-increase-the-confidence-of-manufacturers-of-sic-manufacturers/
BACK